Kia Ora! I am a Software Architect, lay Pastor, husband, father and the Christchurch Regional Director for Thinking Matters. I’ve loved the opportunities this has given me to meet great people across Canterbury and New Zealand. I’m available to speak primarily in Christchurch, and elsewhere as needed.

I spent several years learning apologetics from good friends Mike Licona, Nabeel Qureshi, David Wood and Mary Jo Sharp, while living in the U. S. I learned much about the arguments and demeanour that best communicate the Great News of Jesus to those hostile to Christianity, presenting the truth of Jesus in a way that is gentle and respects their intellect.

I spent most of my life as a Software Engineer until a series of unexpected life events propelled me to leave the U. S. for missions work in Kenya. There I met and married my Kiwi wife Lee. A year later, we moved to New Zealand. We have two primary school boys who love maths and science. We’re passionate about seeing people love God and loving others well, inside and outside the church.

These talks have a more biblical basis and are received well in churches.

1 Peter 3:15 is a favourite verse of many who are passionate about sharing their faith. But verse 16 has much to say about how and when we share. As we examine the context of these verses, we discover that our whole lives are an apologetic for the Great News of Jesus.

Doubting Thomas gets a bad reputation for saying what many of us would have in his place. Some Christians believe doubt is a sign of weak faith and should be avoided. However, many find doubt is a powerful catalyst to a strong, vibrant faith. We will look at the science of doubt and how Jesus responds to it.

So Easy Your Nana Can Do It

Many Christians think talking to people about Jesus is awkward or that they don’t know enough to communicate effectively. But the conversational approach that your Nana takes can provide some powerful openings. We will also examine how the apostle Paul used different approaches that suited each of the people groups he was trying to reach.

Did Jesus Really Claim To Be God?

Muslims and secular religious studies scholars tell us that Jesus never actually claimed to be God; that this was the creation of followers who later invented claims of Jesus’ deity. Since Jesus never said, “I am God,” who should we believe?

These talks are primarily aimed at an audience that accepts Christianity as true.

Is engaging Kiwi apathy in the too-hard basket? What would move someone toward an active interest in faith? What can we learn from psychology about speaking to people who have no interest in Christianity?

The church has given us the Crusades, the Inquisition and the Salem Witch Trials. It has also given us hospitals, universities, slavery abolition, and protection of rights for women and children. How can we reconcile these two difference faces of the church and come to peace with God’s plan for the church?

Are science and faith natural enemies? Does naturalism provide sufficient grounding for the success of science? Does the evidence from science point away from or towards a creator God? Can you be a scientist and a Christian?

Where did this Universe come from? Some prominent scientists have argued that it is the product of a Universe generating factory and therefore God is not required. Is this a testable truth claim? We will investigate two of the most powerful evidences for God and see how science strongly points to the existence of God. We will also seek to understand how we can respect the scientists who make these claims while still rejecting their conclusions.

Does Life Have Meaning?

Is this life just a lucky accident? Do our lives have purpose or should we invent our own? Does having an answer to this question make any difference? What can we learn from philosophy, the arts, science and theology about this timeless question?

Is The New Testament Reliable?

C. S. Lewis famously said that Jesus was either a Liar, a Lunatic or Lord. But some people have opted for a forth option: Legend. Jesus never really existed, the stories of him were stolen from Pagan mystery religions. Was Jesus the first ‘dying and rising’ god? Nope. Orsiris, Horus, Dionysius and Mithras all bet him to it. Or did they?

Dead Men Don’t Come Back … Or Do They?

If someone doesn’t assume the Bible is true, is there evidence that could convince them Jesus rose from the dead? 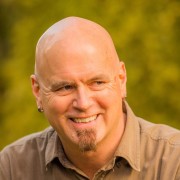 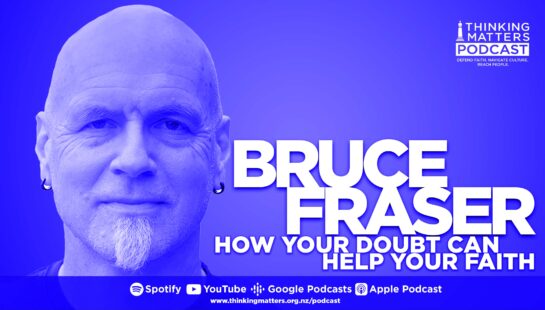 How Your Doubt Can Help Your Faith | Bruce Fraser

Kia ora koutou, welcome to this episode of the Thinking Matters Podcast. It has been great over the last few weeks to hear how many of you... 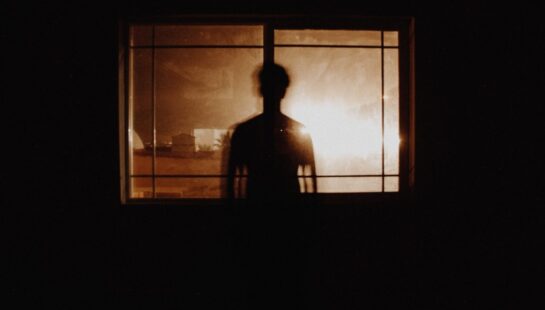 Why don’t we hear more about doubt? Could it be that we don’t talk about our doubts because some well-meaning people we looked up to...