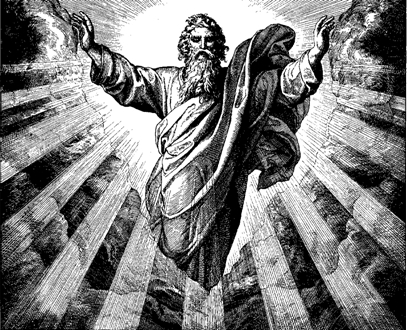 Many Christians believe that we have a moral obligation to obey what God commands. Since God commands us not to murder or commit adultery (Exodus 20:13-14), we are obligated not to do those things. Since God commands us to love our neighbours as we love ourselves (Matt 22:39), we have a duty to do just that. In fact, many Christian theologians and philosophers take this notion a step further, arguing that our moral duties are actually rooted in God’s commands. On this view, if God commands something, then we have a moral duty to follow that command. On the other hand, if God didn’t command anything, then we wouldn’t have any moral obligations or duties. This view, called ‘divine command theory’ (or DCT for short), is appealing to Christian scholars and laypeople alike since it grounds moral duties and obligations in God. In addition, it squares well with what we read in scripture.

(1) Our moral duties are determined by what God commands us to do.

(2) God can command us to torture children.

Plainly the idea of having a moral obligation to torture children conflicts with our moral intuitions. It seems absurd, or at least strange, that a command from God could transform a wicked and evil action into a morally obligatory one. One might conclude, then, that since grounding moral duties in God’s commands leads to such absurdities, they are likely not the foundation for our moral duties and obligations. As sceptics argue, there must be some other way to ground moral duties.

However, philosopher Matthew Flannagan thinks that this conclusion is unwarranted[i]. According to Flannagan, the defender of divine command theory has reason to deny premise (2). This is because when Christians refer to ‘God’, they are referring to a being who is holy, just, righteous, loving, etc. As such, what premise (2) really states is that a holy, just, righteous, and loving being can command us to torture children. However, assuming that torturing children is essentially unholy, unjust, unrighteous, and unloving, it is not at all clear that God can issue such a command. If commanding unjust actions makes the commander unjust, then it follows that if God (a perfectly just and righteous being) issues such a command then he is both just and unjust, both righteous and unrighteous—which is a contradiction. Therefore, Flannagan argues, premise (2) is false.

In fact, as Flannagan points out, in order for the objection to succeed, one must implicitly assume that no just, righteous, loving person would command wicked and evil acts. He states “the very reason… sceptics cite this objection is they think… ‘no informed, morally sensible person would ever endorse this [kind of behaviour]’”[ii]. In other words, the notion of having a moral duty to torture children conflicts with our moral intuitions and simply isn’t the type of thing a reasonable, just, loving person could command. But, given that God is a reasonable, just, and loving person, he could not issue such a command. Therefore, premise (2) is false.

With this in mind, it seems that divine command theory is a tenable view for Christians to hold.  In answer to the question, then: God cannot command wicked acts, as the question assumes, and therefore no dilemma arises.