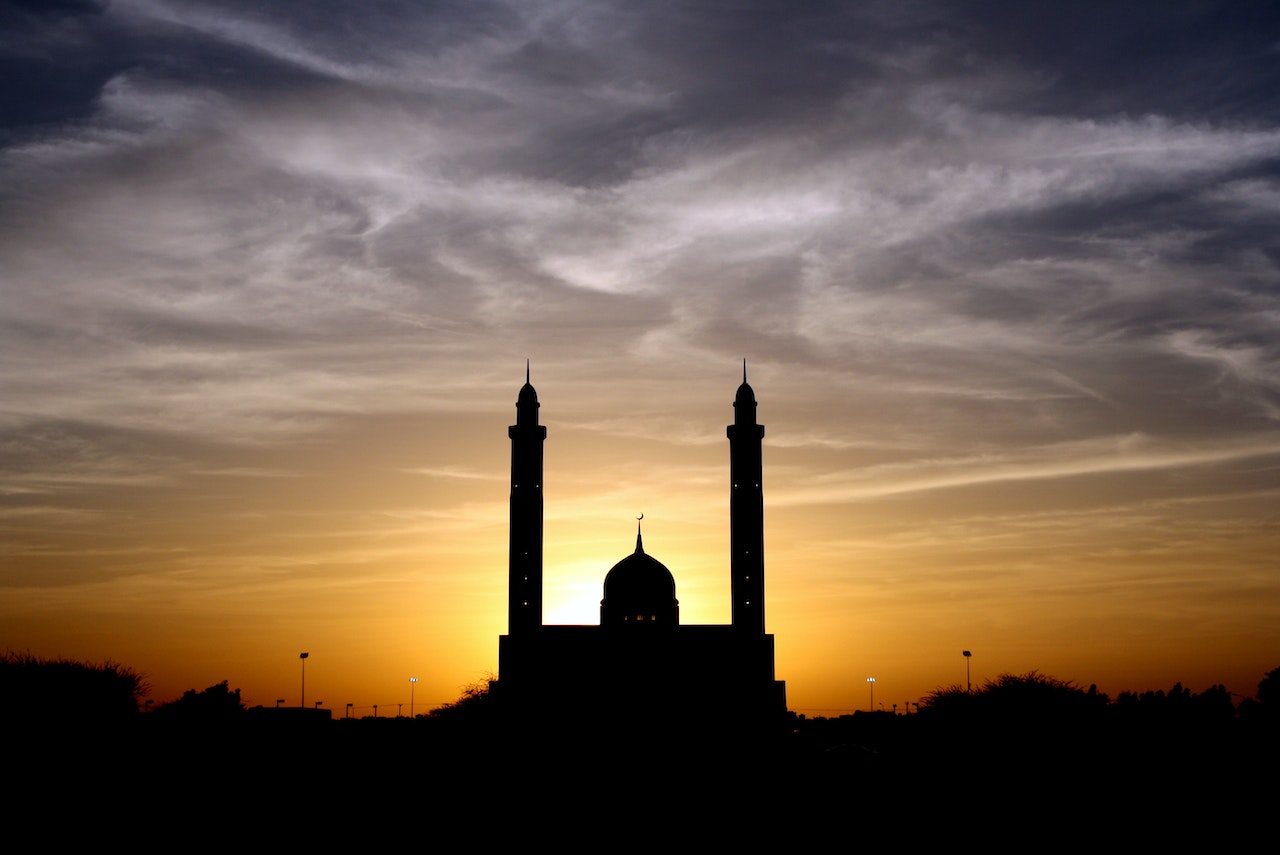 In this trilogy of articles I am highlighting the key features of an appropriate Christian response to the shooting in Christchurch. My first article focused on the victims; my second article focuses on the perpetrator; and my third and final article shall focus on the problem of evil. Overall my concern shall be to show that Christianity provides a map to understanding and preventing human evil and is also able to meet the philosophical challenge presented by its occurrence.

1. The Christian Command to Love One’s Enemies Promotes the Dignity of Persons

In my previous article, I spelled out the Christian teaching on hatred and violence. Jesus taught that we are to love others self-sacrificially and irrespective of their nationality, religion or creed. In fact, we should love even our enemies. This has two implications for a Christian response to the massacre in Christchurch. The first, already discussed, is not controversial. We are to condemn the massacre in the strongest possible terms. The second, which is the subject of the present article, is rather more problematic. We are to show the same self-sacrificial love to the man who carried out the massacre.

On superficial inspection the command to love our enemies would seem psychologically impossible to obey. The generally accepted definition of love is, “an intense feeling of affection for someone or something.” And I would suggest that no morally normative person is capable—nor should be capable—of feeling this for an unrepentant evildoer.

But the difficulty only arises because the English word “love” collapses important distinctions between different kinds of love. In Greek, the language of the New Testament, there are four words for love. Eros signifies the romantic passion of lovers; philia the platonic affection of friends; storge the natural empathy between family members and agape the unconditional love of God for his fallen creature. “The first step to wisdom,” according to a Chinese proverb, “is getting things by their right names.” And this is surely correct. For we see right away that it would indeed be perverse and irrational to love an evildoer in all but one of these ways.

Among other reasons, eros, philia and storge all involve a feeling of warmth and affection for the beloved. But agape, importantly, need not. Thomas Aquinas said that to love with agape it is sufficient that we should “will the good of the other” as God wills the good of his sinful creatures. [1] Agape is therefore perfectly consistent with recognising and loathing evil in others. We love the evildoer with agape insofar as we have a concern for his welfare. And since it would be as good for the evildoer if he were virtuous, our concern for his welfare includes a wish that he were not evil. At no point need we experience warm feelings for him; we merely wish that he were the sort of person for whom we could experience warm feelings.

This is a point well-understood by C. S. Lewis. In Mere Christianity, he wrote,

We must try to feel about the enemy as we feel about ourselves—to wish that he were not bad, to hope that he may, in this world or another, be cured: in fact, to wish his good. This is what is meant in the Bible by loving him: wishing his good, not feeling fond of him nor saying he is nice when he is not.

The question arises whether agape occurs in relevant contexts in the Greek of the New Testament. And so it does. When Jesus commands us to love our enemies during the Sermon on the Mount; when John informs us that, “God so loved the world that he gave his only begotten Son,” and when in 1 John 4:8 we read that “God is love”—it is the Greek word agape that is being used in each case. The distinction is particularly salient in John 21. When Jesus asks Peter three times, “Do you love me, Peter?” and Peter answers, “Yes, Lord; you know that I love you,” Jesus is using agape and Peter philia—thus explaining why Jesus repeats his question. Jesus is enjoining Peter to love more deeply. [2]

In my previous article I also claimed that Christianity promotes the dignity of persons. I think it is fairly obvious that agape towards evildoers protects human dignity and that hatred and vindictiveness towards evildoers does not. Some evildoers, it is true, will need to be imprisoned to ensure that they do no harm to others. But a society in which agape prevails is a society in which the good of all persons will be sought and the dignity of all persons will be upheld. And lastly, while I have been at pains to point out that agape need not include warm feelings, it need not exclude them either. When agape is developed in one’s spiritual life it may eventually produce a totalising affection for humanity in which even the evildoer is caught up.

2. Christianity Teaches a Conditional Forgiveness that Promotes the Welfare of Both Victims and Wrongdoers

At the first court appearance of the man who carried out the Charleston Church massacre in South Carolina, relatives of those who died announced that he was forgiven. The shooter, notably, had not asked for this forgiveness. Nor had he expressed any remorse for his actions. Granted that we are commanded to “will the good” of our enemies, is it really good to forgive them immediately, totally and unconditionally in this way? In what follows, I will first argue that the answer to this question is a carefully qualified no. I will then argue that it is not obvious from Christian teaching that we are commanded to do so. And finally, I will suggest an appropriate Christian response to unrepentant evildoers.

According to Richard Swinburne, forgiveness has four components: repentance, apology, reparation and penance. [3] If I have stolen your watch, I must return it to you or give you something of equivalent value. This is reparation. In criminal cases reparation may be enforced by the legal system and deals with the effects of wrongdoing. But it does not deal with the fact of wrongdoing—that someone sought to harm you. For us to be reconciled, I must also distance myself from my wrongdoing by means of repentance and apology. Often this will suffice to remove my guilt but in cases of serious wrongdoing something extra may be required—a gift or service as a token of my sorrow. Swinburne calls this “making a penance.” The process is completed when you agree to treat me, insofar as you can, as one who has not wronged you. And this is to forgive me.

Swinburne then suggests that it is morally wrong to forgive someone who has hurt us and never shown repentance. In doing so, he says, we treat those who wrong us like small children. We fail to take them seriously as moral agents who are responsible for their actions. We also deny them an opportunity to directly confront the hurtful consequences of their wrongdoing and be reconciled to us. And if, what is quite plausible, that confrontation is something that could influence moral change in them, then that is something we deny them too.

To illustrate his point, Swinburne invites you to imagine that Professor Green has murdered your wife. Imagine also that Professor Green does not regret his actions and has powerful friends who set him beyond the reach of the law. Later, you meet Professor Green at a cocktail party. Recall that to forgive someone is to treat them, insofar as you are able, as one who has not wronged you. But it would be wrong, Swinburne says, to enjoy Professor Green’s company and laugh at his jokes. By doing so you treat human evil with levity; you deny the evildoer an opportunity to be reconciled to you and you dishonour the memory of your wife. Let us call this kind of forgiveness “unconditional” and forgiveness that is offered only after repentance “conditional.”

I think it is helpful here to connect the idea of conditional forgiveness to agape—to the welfare of the evildoer. For even if it helps you to forgive Professor Green immediately, totally and unconditionally it does not help Professor Green. He remains an unrepentant murderer who is perilously far from the moral good. It follows that there is a sense in which unconditional forgiveness is selfish. True forgiveness is not solitary. It draws the wrongdoer into a process of reconciliation and redemption. [4] [5] This too has important entailments for our response to the Christchurch massacre. If we could speak to the shooter, we should not say, “We forgive you.” We should say, “You have done an evil thing and you need to repent and be reconciled to the world.”

After careful consideration, it is my view that the bible teaches conditional forgiveness. Note first that in the bible our forgiveness of one another is to follow God’s model of forgiveness (“Forgive one another,” we are repeatedly told, “as God forgives you,”) and that God’s forgiveness is conditional on repentance. Indeed, one of the central activities of Jesus’ ministry was calling sinners to repentance so that they could receive God’s offer of forgiveness—not announcing that everyone was already unconditionally forgiven.

Even one of the most promising passages that can be cited in support of unconditional forgiveness is repeated elsewhere with repentance as an explicit condition. In Matthew, Jesus says that we should forgive each other “seventy times seven times” (18:22), a phrase that means, “without limit.” Clearly, then, the bible teaches unlimited forgiveness. But notice that the author does not actually specify whether such forgiveness is conditional or not. The author of Luke, meanwhile, repeats the same story and adds in 17:3, “and if they repent, forgive them.” And I think this is precisely what we should expect from God given the importance of conditional forgiveness to the welfare of evildoers.

A final issue to consider is how we should respond to an unrepentant evildoer. On this subject Matthew 18:15-17 seems to provide clear instructions. If your brother wrongs you, confront him. If he refuses to repent, go away and return in the company of a mediator. If the he still refuses to repent, bring the matter before the church. And if he still refuses to repent, avoid direct involvement with him. It is here that something similar to the response to the Charleston Church massacre is appropriate. We should now “forgive” the unrepentant wrongdoer insofar as we regard him with agape. We do not indulge in thoughts of retribution or hatred. We wish and pray for his good. [6]

[4] It has been noted that the idea forgiveness is a therapeutic exercise designed to “set free” the one who has been wronged does not occur in the Bible but belongs to 18th century moral philosophy and modern pop psychology.

[6] I believe that is what people really mean when they say, “I forgive you,” to unrepentant evildoers. One of my concerns in this article has been to show that, strictly speaking, this is agape and not forgiveness.