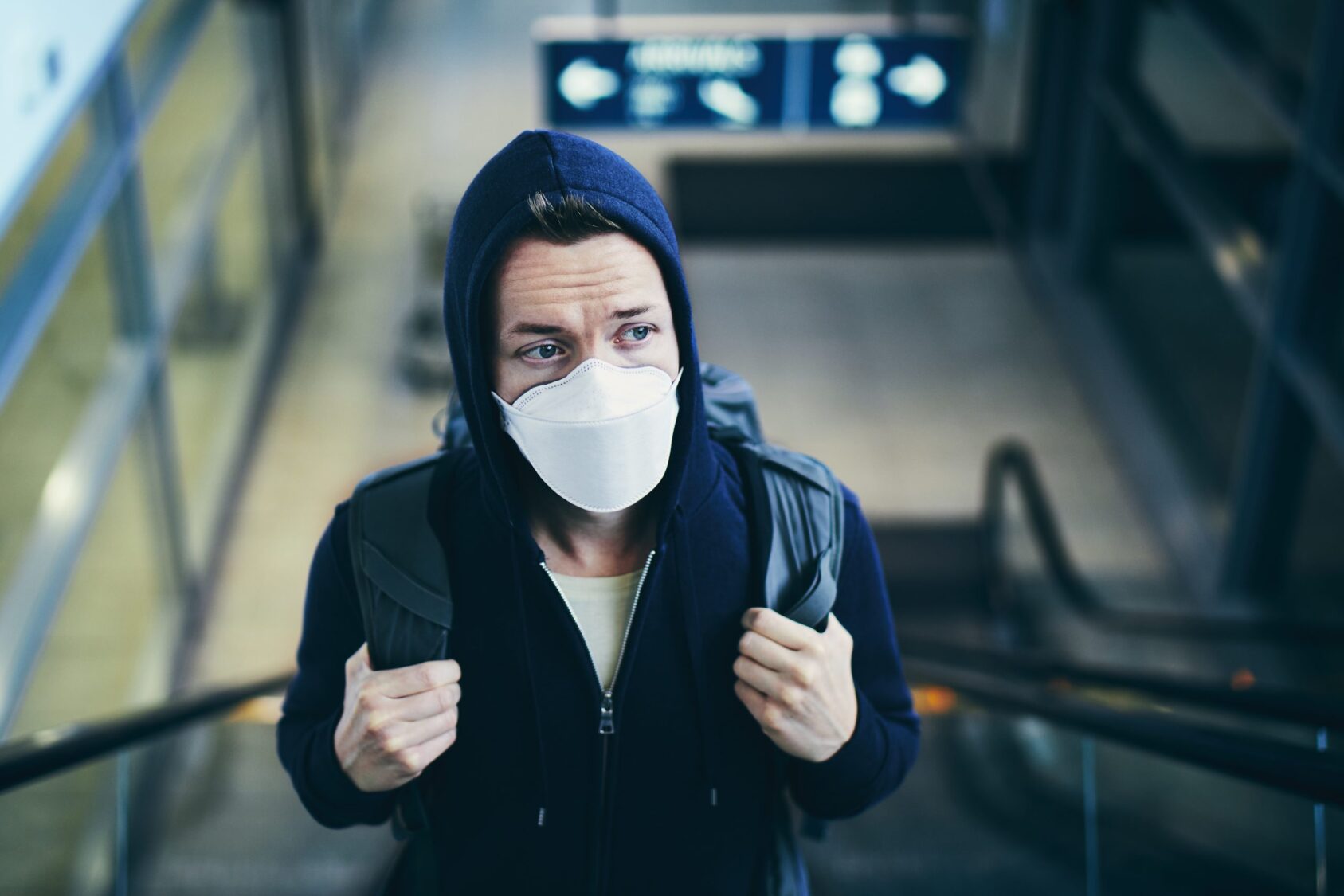 As Covid-19 spreads around the planet, religious people everywhere will be asking themselves the same question. If the universe is supervised by a loving God, why are such horrible things allowed to happen? After all, if God is all-powerful, He could stop a pandemic; and if He is all-good, He would surely want to. Our unease is only intensified as places of worship worldwide are shut down. The religious suddenly find themselves unable to seek God in the way they believe He has commanded them to—and at precisely the time they need Him the most.

The Problem of Evil and Higher Order Goods

Theologians and philosophers offer different solutions to this age-old puzzle. The most plausible solution has been refined over the centuries but remains essentially the same: God allows human suffering because it brings about, “higher order goods.” To give one representative example: Only if someone eventually loses his possessions in a fire does someone else have an opportunity to feel compassion and make personal sacrifices to provide for him. Suffering, in other words, provides us with opportunities to manifest various virtues and these virtues are more valuable than the uninterrupted ease, security and comfort that would prevail in a world without suffering. With this idea in mind, consider three higher order goods which the Covid-19 pandemic has made widely available.

Anyone who has been reading the news lately will be aware that the pandemic has brought out the best and the worst in humanity. There are stories of people offering to do grocery runs for those most at risk, and stories of people price gouging others on toilet paper and hand sanitiser [1]. As intimately interconnected creatures with both moral awareness and free will, we are continually faced with choices that have moral consequences for others—choices to make the lives of others better or worse. And every choice we make not only affects others but helps to shape our own moral character [2].

It is a great good in itself that we should have this power of “moral self-determination”—even if we fail to exercise it for the good. To appreciate this point, it is helpful to consider the distinction between innocence and virtue. Innocence is a mere ignorance of evil; virtue requires that one has faced a significant choice between good and evil and freely chosen the good. And while innocence is good, virtue is better. Plausibly, then, a world filled with suffering in which everyone has opportunities to manifest virtue is better than a world without suffering in which no one has such opportunities. And this holds even if some of us fail to manifest virtue and instead manifest vice [3].

I think it is clear that the Covid-19 pandemic has made available many more opportunities for us to shape our moral character. The next time you browse the news, look for stories of compassion, self-sacrifice, heroism, forbearance, generosity, patience and faith—as well as stories of selfishness, indifference, cowardice, impatience and greed. This is the human soul under increased pressure to exercise its God-given faculty of moral self-determination. God does not allow us to live out our lives in a sort of moral slumber. Nor does God force us to be who He wants us to be [4]. Rather, God pays a deep respect to our personhood by continuously offering us the choice. And natural evils—earthquakes, accidents, pandemics, and so on—are the medium in which this faculty operates.

A Sharpened Awareness of Our Interconnectedness

While the precise details are still unclear, it seems probable that somewhere in Wuhan late last year a single individual contracted a novel coronavirus that would later be dubbed Covid-19. Today, the virus is spreading almost everywhere in the world and, before this is over, each country may be counting its dead in the thousands and the global economy will be on its knees.

It is interesting to reflect that this worldwide catastrophe may have begun with a few microscopic droplets of human spittle passed from patient one to patients two and three; and then from patients two and three to patients four to nine—and so on until the virus had achieved global reach. In this way, the pandemic has reminded us of our profound interconnectedness as a species; of our shared biology and vulnerability; our shared desire for self-preservation and wellbeing, and that which threatens it for all of us.

This, too, produces a higher order good: The good of having it forcefully pressed home that our wellbeing as individuals ultimately depends on the wellbeing of our fellow human beings. The threat posed by Covid-19 is therefore similar to the threat posed by the destruction of our common habitat. It is logical: Anything that threatens the ability of the human species to flourish threatens the ability of the human individual to flourish. For this reason, global threats are morally corrective: They help to correct the unfortunate human tendency to division, exclusion and conflict along national, cultural and individual lines—uniting us as a species in our fight against a common enemy and inspiring us to work towards a common good.

A Call to Spirituality

An innate habit of asking Big Questions about the meaning of life sets human beings apart as a species—it is what makes us special. But for many of us this habit remains undeveloped. Perhaps we despair of finding answers and so try to distract ourselves with superficialities—with celebrity gossip, material goods, and social media. This is what Soren Kierkegaard believed. “The philistine,” he said, “tranquillises himself with the trivial.” But in tranquillising himself, the philistine also pays a heavy price—he ignores the sacred mystery of the universe [5].

The question arises: Does suffering and death force human beings to think more deeply about the meaning of life? Reason and experience suggest that the answer is yes. Pleasure and comfort are good and our world, of course, contains generous amounts of both. But a life that offered nothing else would make many of us complacent, hedonistic, idle and shallow. The Covid-19 pandemic has shocked and frightened the world. For many, that shock and fear will force them to raise their consciousness to a higher plane—to confront questions about the ultimate meaning and purpose of their existence and so to exercise their most unique and most human faculty.

We must remember, finally, that God is the consummation and source of all knowledge, beauty, rationality and love lying at the heart of Ultimate Reality. An eternal love relationship with God is therefore the greatest conceivable good available to us—the highest of all the higher order goods. An event which turns our mind to God is an event that may bring about our eternal wellbeing. And in this light it is no more difficult to understand why God would allow temporary suffering than it is to understand why a parent would allow a doctor to stab their child with a needle—knowing that, after the pain and tears have subsided, the child will enjoy lifelong immunity to a dangerous pathogen.

In closing, I need to emphasize this strongly. My heart breaks every time I read the news these days and I pray this pandemic will soon be over. Nothing I have written is meant to downplay the terrible burden of death and suffering the pandemic has placed upon the world. Nor am I suggesting that the pandemic is in some way “good.” Nor am I suggesting that God caused the pandemic. Theologians sometimes speak of God’s “perfect will” and His “permissive will”—the things He directly causes and the things He permits by sustaining in existence the processes that cause them. The pandemic surely belongs to the latter. But what I am suggesting is that the pandemic does not prove the nonexistence or indifference of God. My concern has been to show that God may have good reason for allowing widespread, but temporary, human suffering.

Ben Mines was born in Wellington, graduated from college in Auckland, and then spent almost two decades living in South Korea. Until the age of 35, he was what Andrew Klavan called a “practicing atheist”: He did not know if there was a God but lived his life on the assumption that there was not. However, in 2015 he began to study the philosophical arguments for the existence of God and the historical argument for the Resurrection of Jesus. Ultimately, he was persuaded by both. The existence of God is a subject of the profoundest imaginable importance. He is therefore committed to discussing it with others. In 2017, he finished his book “Through a Glass, Darkly” which sets out the rational grounds for Christian theism; later that same year, he began to write for Thinking Matters.