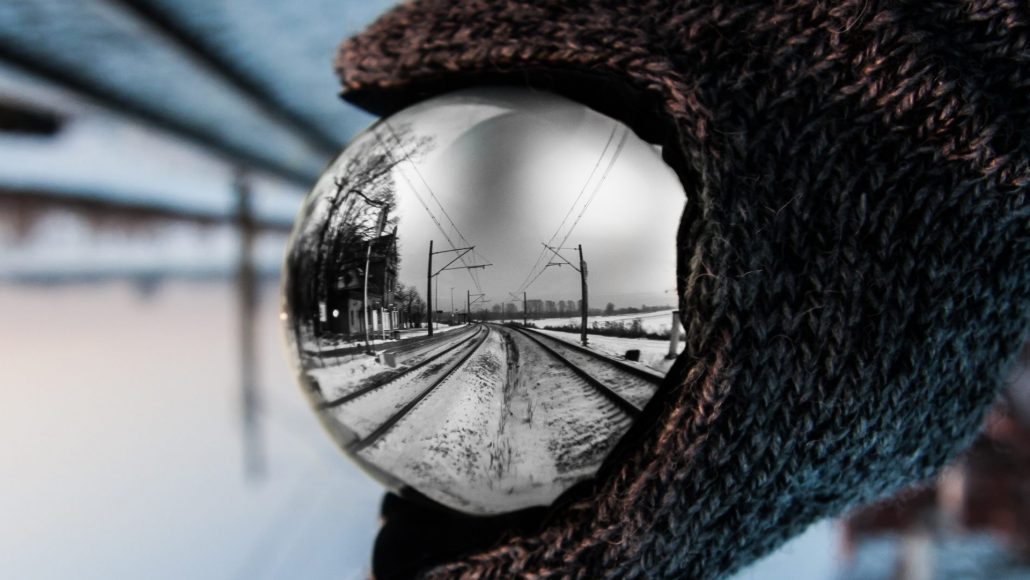 Imagine arriving in a foreign city without knowing anyone, speaking the language, or even having a map. You would be lost, forced to ask for help by waving your hands and wander around hoping to gain a sense of direction. The same is true of this life. To be able to navigate life one needs a guide or map which explains where you are, why you are here and where you need to get to. This is a worldview, the set of answers to the big questions of life like ‘why we are here’, ‘what is real’, ‘what happens after death’. Everyone, whether or not they have given much thought to the topic, has a worldview through which they see the world and form their opinions. In addition, it is not possible to jettison one’s framework of beliefs in order to become objective. Rather, the goal is to make sure that the assumed worldview corresponds with reality since the closer a worldview is to reality, the more it enhances one’s ability to find the truth.

In my first article, I introduced seven questions that help us to identify and define a worldview. By defining the Christian worldview in this article using these questions, my hope is that before progressing further, we will understand what we believe. Before we can make a defense of Christianity, we must first know it. Using these seven questions, let’s have a deeper look at the Christian faith.

1. What is prime reality?

God, the only being that exists by the necessity of its own nature, is prime reality. He is an infinite, personal (triune), transcendent yet immanent, omniscient being who is sovereign over all and perfectly good. God is infinite and beyond all measure in His qualities and attributes. He is the only self-existent being (Exodus 3:14, Psalm 90:2). God is also a personal being capable of both self-reflection and self-determination, able both to think and know Himself and take action.

The key to understanding the personal nature of God is the fact that He is tri-personal, one being who exists in three persons. This means that each member of the Trinity stands in an eternal relationship with the other members. Furthermore, because human beings are personal like God, we are also able to have a relationship with Him (as first demonstrated by Adam and Eve in the garden). As a personal being, God is also capable of choice; He chose to create the universe and to send Christ to this earth to die for our sins.

God as the Creator of the cosmos is both beyond and set apart from it. This is known as the transcendence of God. Yet at the same time, He is present and causally active at all places within it. These are the attributes of immanence and omnipresence. It is possible for God to be immanent and omnipresent in the universe because He is Spirit. This is not possible for us because we are physical beings, confined to finite points in time and space.

In addition to being omnipresent, God is also omniscient. He knows everything, the beginning from the end (Revelation 22:13), and is wise above all things (Job 38:1-18, Psalm 139). Because God is the creator of the universe, He is fully sovereign over all that happens within His creation. Nothing exists outside of His interest or beyond His control and authority. Finally, God is not an evil creator who made His creation to torture for His own pleasure. He is good, and His goodness is expressed through his holiness and love. He is holy since there is no evil in Him and loving because He seeks the good of His people.

2. What is the nature of external reality?

God created the universe from nothing (Genesis 1) to operate as a finite open system with uniformity of cause and effect. The universe is finite since it has a beginning and is made up of a limited number of atoms, and open in that it is possible for God to reach in and change things. A closed system cannot be externally changed or re-ordered. The universe is not an illusion but is real and operates in a structured orderly way (Isaiah 45:18-19). This regular operation makes it possible to discover laws that describe how many things work and which allow us to predict what will generally happen. Every time you put a mug on your desk you do not expect it to float up to the ceiling! Finally, because the universe is an open system it is not determined. Both God and people (to a lesser extent of course) can interact with and re-order it.

3. What is a human being? What does it mean to be human?

Humans are beings created in the image of God (Genesis 1) and inherit from Him personality, self-transcendence, intelligence, morality, gregariousness, and creativity. Humans are personal because God is personal, and thus we are able to know ourselves (self-consciousness) and are able to make decisions without coercion (also known as self-determination). In a limited way, we can transcend the world around us. We are aware of our own existence and are able to shape our environment to a degree that other animals in the world cannot. The difference between our transcendence and God’s is that God is transcendent to the ultimate degree. In addition, we are able to reason and possess knowledge, distinguish between good and evil, form social connections and networks, and act in creative and novel ways. God also created the capacity in humans to know both Himself and the world around them.

Humans were created good but when they rejected God, fell into corruption. They became limited in freedom and ability and were alienated from themselves, each other, and God. However, through Christ, God made a free offer of redemption. Because people were created with self-determination, they were able to reject God at the beginning by choosing to live separately from Him. The offer of redemption Christ makes to each human today is also something we can either receive or reject. See Romans chapters 1-6 for more.

4. What happens to a person at death?

Death is either the way to eternal life with God (John 3:15-16) or eternal separation from Him (Matthew 25:31-46). Heaven is the fulfillment of the desire of those who wish to be with God, while hell is God respecting the decision of those who do not wish to be with Him. God will not force those who reject Him to spend the rest of eternity with Him.

5. Why is it possible to know anything at all?

As we saw previously, God created man with the ability to transcend their surroundings and with the ability to reason. Because man possesses the capacity for self-determination, it is possible for him to gain real knowledge. Man is not a biological machine that is pre-programmed to arrive at a given conclusion. In addition, it is possible to gain an actual understanding of how things work using the five senses (sight, touch, taste, sound, smell) because the external world is real and follows laws.

6. How do we know what is right and wrong?

Right and wrong are absolute and transcendent values, based on the character of God. We are made in God’s image and have no choice but to live under moral categories of good and bad, right and wrong (Romans 1-2). Any time we get angry at injustice or praise kindness, we show that by our actions we affirm their existence (see the moral argument for God’s existence here). Moreover, we just know some things are “right” and others are “wrong”. One challenge to the existence of objective moral standards could be that what we think we “know” to be right is just what our culture believes—what was considered moral a century ago may no longer be. For example, slavery was legal until as recently as 1833 in the United Kingdom, yet today purchasing and owning slaves is not only illegal but also universally condemned. This cultural shift, however, does not show that there is no right and wrong, but that cultural perception of right and wrong changes.

However, because morality is grounded in the being of God who is eternal, morality is absolute. God has revealed the moral law not only through the conscience but also through His revealed word.

7. What is the meaning of history?

History is a linear, meaningful sequence of events that leads to the fulfillment of God’s purposes for humanity and through which He has revealed Himself. God does so most obviously by acting directly on our world. For example, He stepped into history in the person of Jesus Christ by taking on human nature, and by performing miracles when he judged the Egyptians and parted the Red Sea (see Exodus 14). God does not only act through direct interventions however but also on a larger scale. He chooses from the almost infinite collection of possible events the set that will bring about his purposes. Right from when Adam and Eve fell, God set a chain of events in motion that would culminate in the birth of Jesus Christ. From the call of Abraham to the exile of the nation of Israel and even the Roman domination of Palestine, everything was preparing the way for Christ. From this, we can also see the past has meaning because it is a record of how God works to accomplish his purposes. God reminded the Israelites never to forget what he had done for them so that they would never turn away. By remembering what God has done, we affirm what he has done and are filled with confidence about what He will do.

There is much more that can be said here, but this article should serve as a brief overview. By answering these questions according to the Christian worldview, I hope to have shown that Christian beliefs not only fit together as a logical and coherent system but also correspond with how the world actually is. If a belief system is internally consistent and empirically accurate, there are strong reasons to believe that it is actually true.

In my next article, I will be taking a look at a Non-Christian worldview which I hope will give you a chance to gain a deeper understanding of these seven questions as well as practice at identifying worldviews that are not true.