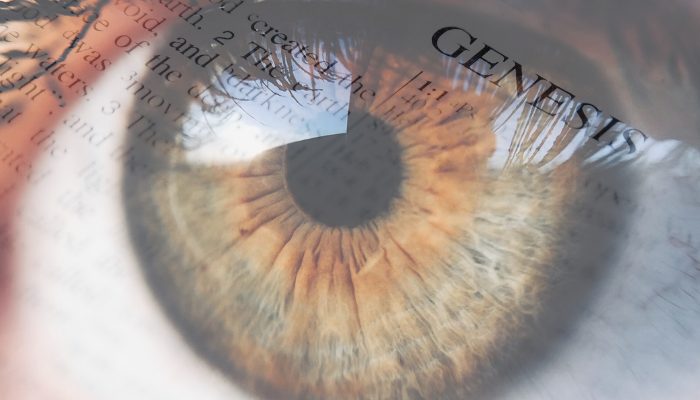 Part one explained that the message of the first chapter of the Bible is possibly the most influential text the world has known –  it introduces a worldview that has significantly shaped the modern world we know.  It explained how Genesis 1 is all about a radically new idea, God and His acts of creation.  It is about the creator, not the details of his creation.  It is not about the physical process but about the processor, God Himself.  It is about how He did it, about His creative word.  It is about why things are, His purposes, not the details of what is. And we showed how that without it there would be no modern science and technology.

Part two goes on to explain that without an understanding of the message of Genesis 1 there would be little if any understanding of the prior value of human life, no consciousness of environmental and social responsibility, and no international cooperation for the common good. Human life would be much like living in a hostile jungle.

Continuing from part one’s unpacking of the key ideas in Genesis 1 about the creation of the cosmos, we now begin to see where humanity fits into this story.

A repeated phrase in the text is

And God saw that it was good

This was saying that the various parts of creation had value.  This value was not because of their use to us humans who were yet to be mentioned in the story.  This value was intrinsic value.  God values His creation.

After the story of creating everything including humans, it reads:

This implied that the whole of creation, including humans, working together in the harmony of its designed order is extremely valuable. Herein lies the ‘why’ underpinning ecology and environmental science.  People who believe Genesis 1 have good reason to be environmentalists.

Introducing humans into the story it reads:

Let Us make man in Our Image

Prior to this God said, “let there be”, but in making humans He said, “let Us make man in Our image”.  The plurality of His being, as expressed in the name Elohim, is highlighted.  The ultimate unity in diversity was to be reflected in humanity.  Herein lies the ‘why’ underpinning the value of human diversity.  People who believe Genesis 1 have good reason to relish in and enjoy the flourishing of cultural diversity.

The “image and likeness” of God has multiple layers of meaning.  Amongst these are the characteristics of God He has already revealed in the previous verses of the story, such as:

God is eternal, so we are created to live eternally.

God is a fellowship, so humans are to live in fellowship.

God is a creator-worker so we are created to creatively work like Him.

God speaks His Word so humans are able to communicate information and ideas – with words. And, as God’s words were the means of His creativity, human’s expressed ideas are the foundation of our creativity.

God is intelligent so we are able to “think God’s thoughts after Him”.

God is the law-giver (see part 1) and so controls the whole of creation, so we are created to rule over or manage the earth with Him.

God values all that He created.  He cares for it all. And so we are to value as He values, to love as He loves.

And God blessed them

God has a purpose for humanity. He extended the grace of life and the ability to reproduce to them.

God had this purpose for humanity.  It was to manage the earth.  This included the development of the resources of the earth.  God had a planned relationship of humans to living things, to value and care for His creation.  It was not to exploit and destroy but to manage the living world.

It is currently popular in some circles to accuse the Bible of inspiring the exploitation of the environment, referring to this verse.  The issue is not the taking dominion of the living things, but how that is done.  Do we ‘do our own thing’ or first listen to the voice of God in creation – listen to and obey the science?  In our time, modern environmental scientists have embraced this charge to manage the welfare of living things, not to exploit and destroy but, as good stewards, to be responsible for their flourishing.  Many don’t appreciate that this moral obligation, this burden of responsibility, comes from God’s Word.

It was this impulse in humanity to understand and manage which led to the necessary scientific investigation which is discussed in Part 1.

The implications of our creation in the ‘image and likeness’ of God can be summarized in three groups of responsibilities:

Relational likeness: We are created with the purpose and ability to relate to God and to love what God loves – to love others in a meaningful way.

Character likeness: We are created with the purpose of reflecting the holiness of God.  We have moral responsibility.

Functional likeness: We are created with the responsibility to represent God in our work of earth-management.

How this aspect of Genesis 1 works out in human society and activity:

The Value of human life

Because Christians believe we are specially made in the image of God, societies with a Biblical Christian tradition put the highest value on human life.  The original humanism in the western world arose at the time of the reformation.  It was Christian humanism, Christians valuing of human life and having the flourishing of all humans as a priority.

As a result, Christians are at the forefront of protecting human life – of all human life – the poor and vulnerable, the members of minority groups, the unborn and the old and infirm.

The Value of Human Community

It flows automatically that if we are created to relate to God and to each other we will value human communities.  Out of reverence to God we will, in turn, honour one another and work together to achieve our God-given purposes.

The Value of human diversity

Because Christians believe we are made in the image of God, who is the ultimate diversity in perfect unity, we have an understanding that humans are diverse for a purpose – to express the amazing diverse glory of God.  The move to eliminate the tribalism and racism that has plagued humanity for all of known history began with Christians who were convinced that all humans were equally made in the image of God.  It was Christians believing Genesis 1 who defied the prevailing mindset of tribal (and international) warfare and developed the idea of international cooperation for the flourishing of all humanity.

The Value of the will of others

Because others are made in the image of God with moral responsibility, with the God-given will to choose to fulfil God’s plan for them, Christians will respect the will of others.  Leaders will value the ideas of their team members and give them the freedom to outwork their calling with God given imagination, intelligence and creativity.  This is the value underpinning the practice of ‘democracy’, shifting the power from the king/leader to the people. Teachers and mentors will give the students under their guidance the freedom to make choices in the light of the wisdom they are imparting to them, and thus practice moral responsibility.

The Value of non-human life

Genesis 1 declares that God highly values His creation working together in harmony.  This in particular involves humans who have, according to Genesis 1, a responsibility to care for the living things on Earth.  The ‘soul’ of the environmental movement arose from Genesis 1.

The ideas of Genesis 1 are the foundational ideas which spawned modern science and technology, that gave rise to the values which undergird democracy, drive international cooperation, humanitarianism and endeavours to increase human flourishing.

This is why Genesis 1 is one of the most powerful writings in the whole history of humanity.