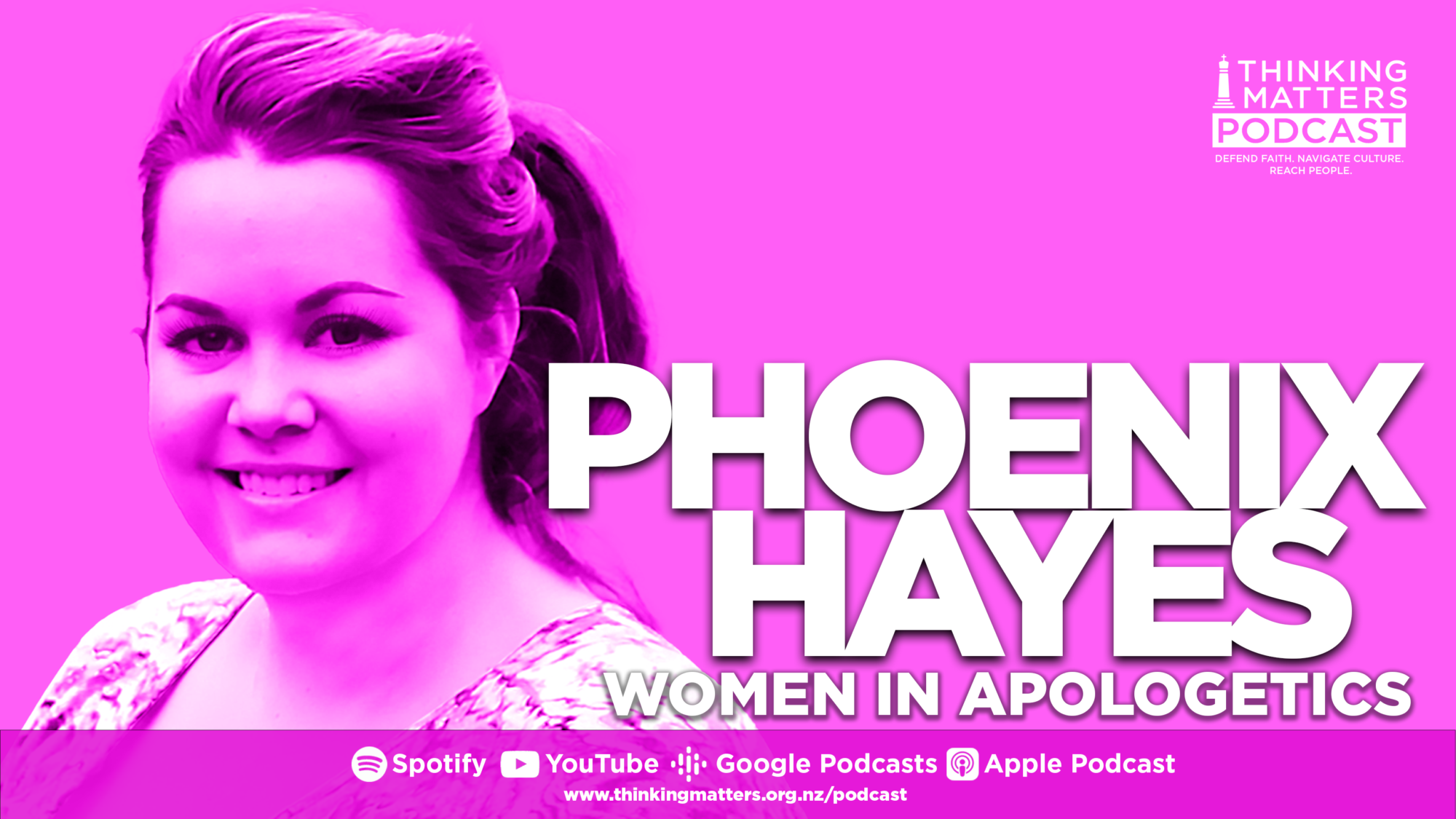 Phoenix was born and raised in New Zealand’s North Island where she completed her B.A. at the University of Waikato and her post-graduate studies in Film & Television at the University of Auckland. Today she lives in the USA with her husband and four kids while working as the Marketing Director for CrossExamined.org where she gets to combine her love of Christian apologetics, digital communication, speaking, and teaching. Phoenix is a regular writer for CrossExamined.org and for Women in Apologetics (WIA). She is currently completing her M.A. in Christian Apologetics at Southern Evangelical Seminary.

In this podcast, Phoenix shares about the differences in the American and Kiwi cultures, especially in regard to Christianity. She also shares about her faith journey which eventually led to her working at https://crossexamined.org/ with Dr Frank Turek (Co-author of I Don’t Have Enough Faith To Be An Atheist with Norman Geisler), and their work filling the apologetics gaps with young people in Universities across America. Phoenix also shares how she manages such a heavy work load as an apologist, marketer, Master’s student, wife, and mother of four. a The conversation then focusses on Women in Apologetics, answering questions such as:

The book Phoenix highly recommends is: Person of Interest by J. Warner Wallace.