Unique, inspiring, helpful…awesome, have been words used by many in describing Todd’s presentations. Because Todd has somewhat of an eclectic mix of gifts, interests and experience, his delivery is quite unique…especially in the “apologetics world”.  He has a science background (BS. Biological Science University of California Irvine) and a love for knowledge and truth. Ten years as a public high school science teacher coupled with his years of experience doing youth camps, preaching and even weekly Bible-in-School programs has forged Todd into sought after communicator who knows how to engage diverse audiences.

In 2004, Todd, along with his wife Donna of 26 years and their two children, Alixx and Nikki, lay down the safety and security of their teaching careers and immigrated to New Zealand from the United States. In response to his obedience to fulfil God’s ministry call on his life, God has opened doors of opportunity for teaching, preaching and training throughout the USA, New Zealand, Ukraine, Australia, the Pacific Islands and beyond.

Todd‘s messages, teaching and ministry have powerfully impacted people of all ages on several continents. He has spoken for Thinking Matters at our Confident Christianity conferences and Unshaken Youth & Young Adult Conference and has been involved in men’s ministries and accountability groups for over 15 years.

Below are some apologetic topics I passionately share with Churches, youth groups and on University campuses:

This gives the new “unofficial” definition and cultural attitude of tolerance and shows its inconstant and hypocritical self-defeat in regards to Christianity. It also encourages Christians in their response to the “new tolerance”.

“Loving God With all your mind”

This message is a great encouragement for believers to obey what Jesus declared to be the greatest command. I explain WHAT it means to LGWM,  HOW we can practically LGWM,  and the WHY (the benefits to us, the church and the world) we should LWGM.  See message delivered at: https://www.youtube.com/watch?v=XcQE7EgNBGI

This teaching based on my own acrostic gives the top 6 best reasons as to why theism is more intellectually honest and tenable than atheism.  A great tool to have when someone asks “can you prove that God exists?”

Can be done in one 1-hour  session or more comfortably in 2 x  40 minute sessions.

10  Reasons Why We  Know The New Testament Is True

Statistics show that 75 +% of young adults walk away from the church and Jesus. One reason for this is due to the lack of evidence for their faith. I explain 10 reasons (all beginning with the letter “E” to aid memory) why the NT documents are accurate, reliable and trustworthy.

For many Christians their faith, the reasons they are Christian and not another religion or an atheist, are based on SUBJECTIVE things such as: I was born into a Christian household; Jesus changed my life….stopped drugs, no longer depressed, gave me purpose; I feel his presence; I know by the Holy Spirit; He gives me peace; I’ve seen miracles.

But if these are the SOLE basis for our belief then two things are true… 1. That if these subjective feelings subside then our faith is in jeopardy and 2. We have ONLY subjective reasons to give for the hope that is within us.  In this teaching I give 5 OBJECTIVE evidences for the very keystone of our faith….the resurrection of Jesus from the dead.

45 minutes – See me present it at: https://www.youtube.com/watch?v=1CA6tktkkP4

Charles Darwin’s theory of evolution has unquestionably had more impact on modern man than any other.  Unfortunately, to many, it has led to several logical, yet erroneous conclusions: there is no God, man has no eternal future, morality is what each man decides, and man has no intrinsic worth, value or transcendent purpose.

For some, the road to faith has been impeded by this malignant theory.  The genuine faith of some has been shaken by the myriad of so called “experts” who claim that evolution is an unquestionable FACT of science.
In response to this attack on faith and the reliability of the Bible, I have composed a 2-part series I call “The Darwin Delusion. In this presentation, I give a brief history of individuals who have been “contaminated” by this theory and also the horrific consequences wreaked on humanity as a result.  I then go on to humbly, yet compellingly, dismantle the theory from a scientific point of view (I have a BS in Biological Sciences from U.C. Irvine and taught sciences at the high school level for 10 years) but targeted at the “lay” level.

What if Jesus had never been born

Many atheists over the centuries have claimed that Christ and His church have been a blight to the world. For instance, the quote by Friedrich Nietzsche “Christianity remains to this day the greatest misfortune of humanity.”  We will have a look at just what the world might look like today without Christ and the influence of His church and discover how Christianity has been a huge blessing to the world in numerous, varied ways.

Evil, Pain and Suffering…what’s that all about God?

The number one reason people lose their faith or refuse to come to faith resides in this topic.  In this talk, I will dissect it the topic and try to make some sense of it and offer some “answers” for those pondering this crucial question.

The Testimony of the Heavens

Using some of the best images of the cosmos available, this multi-media rich presentation will inspire wonder and build faith in the God of creativity whose word is true. This is similar to the Louie Giglio “Indescribable” presentation but from a former astronomy teacher…with better images and explanations.

In presenting the gospel to people it is of utmost importance to quickly determine which barrier to truth the non-believer is erecting (emotional, rational or volitional). Without recognizing these 3 factors and dealing with each appropriately, miscommunication, misunderstanding and frustration result.

I describe each of the 3 types of faith:

and use an analogy of jumping off a sea-side cliff.  I explain which type the atheist has…and which type we, as Christians, should have.

In this session I defend the premise that we are to “contend for the faith”. I explain what a valid (as defined by logic) argument looks like and point out types of invalid arguments. Lastly, I demonstrate the value and power of asking questions (Greg Koukl “Tactics”-style).
45 minutes 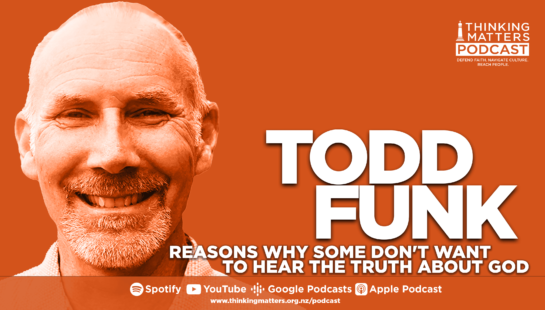 In this podcast Todd shares the unusual experiences that led his family to start believing in God through to his up and down faith journey... 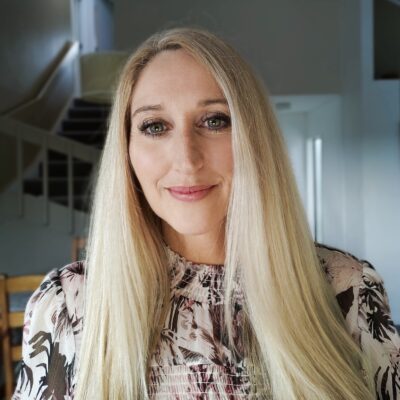